Hi. We've been extremely busy with the opening of the store. Things are going great thus far. We've had everyone in the age range of probably 12 to probably 62 swinging by. It's been really cool running into people I haven't seen in years, meeting people who have been going to shows since the 80s that I've somehow never crossed paths with and people from the area who just want to support something cool coming into town.

The webstore took a bit of a backseat while the store was getting up and running but these next few weeks will be focused on adding a LOT of new inventory. Probably only 1/3 of what is available in the store is available on this webstore. Expect to not only see many additions to the punk and metal sections but also to the hardcore and metalcore as I recently bought out several collections of a few hundred discs a piece. 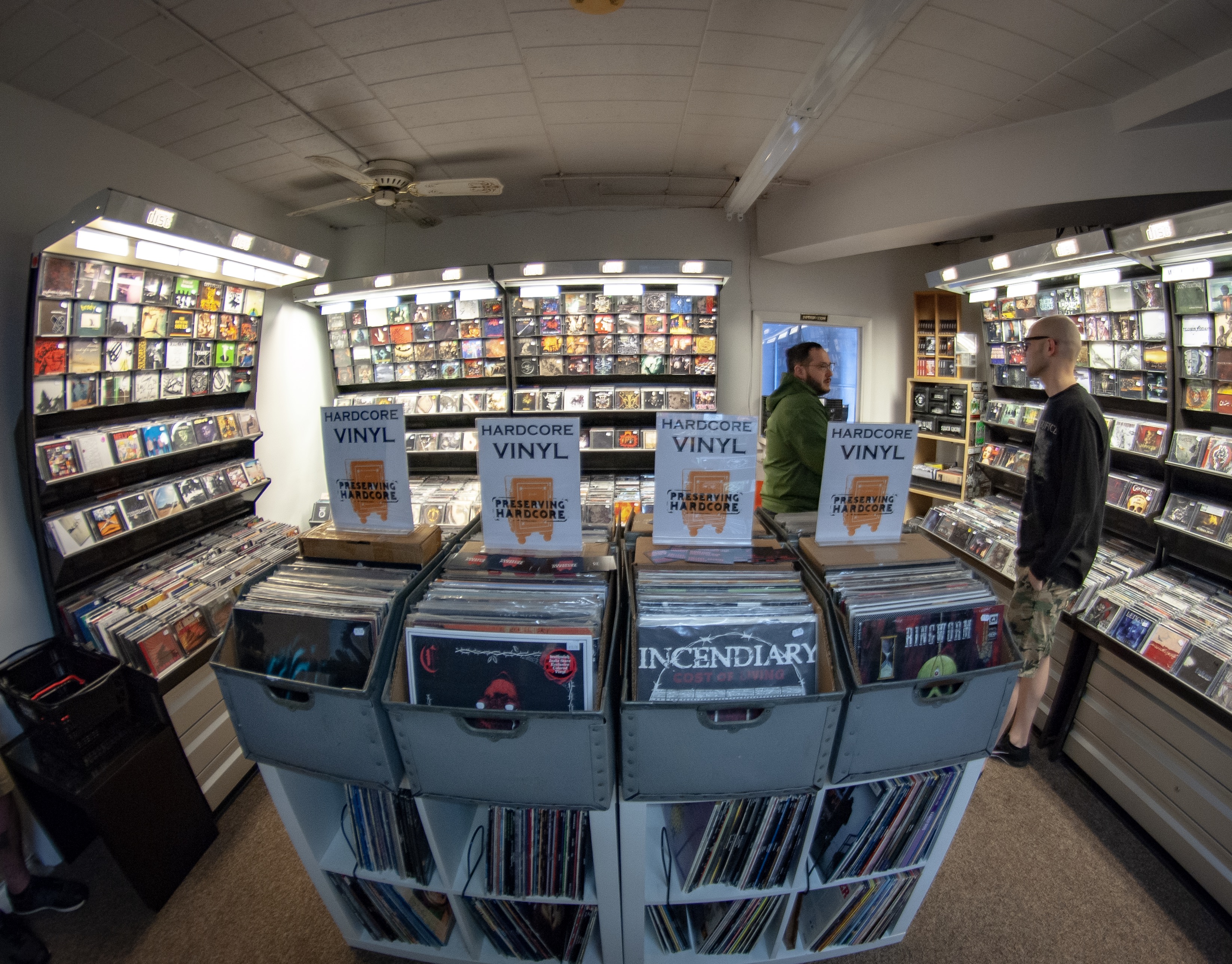